Jodi is a life-long resident of Oceana County and graduate of Hesperia High School. She served 9 years in the Air Force as a medic including 1 deployment during the Gulf War and 4 humanitarian missions to Saudi Arabia. Since her honorable discharge, Jodi has devoted her professional life to the service of others in the medical and social work fields.

Jodi has previously served as VSO for Newaygo County and Service Officer (SO) for the Hesperia American Legion. Jodi is a member of both the Newaygo and Hart VFW and currently serves on the Michigan Veterans Trust Fund Board of Trustees where she has been active for over 5 years. 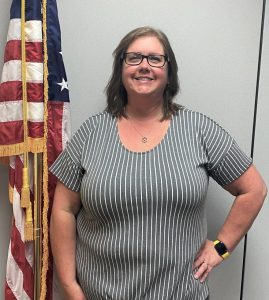 Dani has recently relocated to Oceana County, having spent summers vacationing in the area while growing up. Originally from the Grand Ledge area, Dani married her high school sweetheart and spent 24 years as a military wife following her husband’s tours of duty across the country and the world. Dani’s husband Randall, a FCSC (SW) (ret.) recently separated from the Navy, and they are excited to return to Oceana County which they consider to be “home.” Serving in the Department of Veterans Affairs office is an honor to Dani who describes her new role as “giving back to a community that gave so much to me, you can separate from the military, but you can never separate from your military family.” 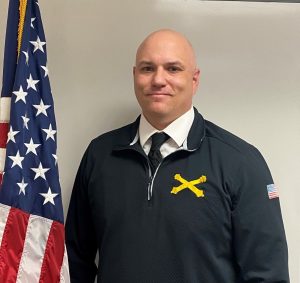 Dr. Derik Van Baale is currently working as a Suicide Prevention Coordinator for the Battle Creek VA Medical Center. He has worked for the Department of Veteran Affairs for the past 18 years, serving mainly as a clinical therapist working with Veteran who have PTSD.  Dr. Van Baale also owns a private practice. Dr. Van Baale enlisted into the military in 1995 earning the rank of Sergeant. He went through ROTC and became a commissioned officer in 2000. Derik was commissioned as a Field Artillery Officer and went on active duty.  He was deployed to Iraq during the invasion in 2003, earning the Combat Action Badge and the Bronze Star. After a 8 year break in service, Dr. Van Baale decided to enter the Michigan Army National Guard as a Behavior Health Officer. Dr. Van Baale is currently a Major and is the State Behavioral Health Officer for Michigan providing clinical and policy guidance for the State Surgeon and the Adjutant General for the State of Michigan. Dr. Van Baale earned his undergraduate degree from the University of Northern Iowa and has earned a Master’s of Public of Administration from Drake University and a Master’s of Social Work from Grand Valley State University. Dr. Van Baale earned his Ph.D. from Western Michigan University in Public Administration. Derik is married to Sarah and they have six children. He is involved in church and his children’s sports activities. 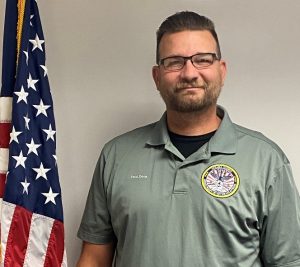 Paul served in the Marine Corps. For 20 years before retiring. Currently Paul serves as reserve Deputy with the Oceana County Sherriff’s Department. Paul and his wife Heather have 3 children and reside in Oceana County. 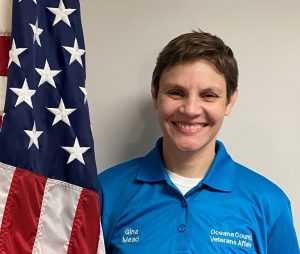 Gina was in the Navy for 6 years including a year and half in Iceland. Oceana County Native who since returning from service has immersed herself in the committee buy serving in the honor guard association, NAF board, Miss Veteran second runner up 2014. Member of Shelby American Legion where she serves various roles and is committed to veteran outreach in our county and beyond. 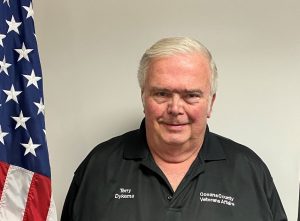 Terry Served in the Navy from 1966-1972 during which he was deployed to Vietnam for 3 ½ years. Terry is an Oceana County native and after his service returned to the area to pursue his education. Terry graduated from Ferris with a degree in education and in marketing. Terry worked in the propane industry at the national level before retiring and setting out on his own within the industry with his wife of 51 years, Linda. Today, Terry is retired but remains active in Veterans Affairs and his local VFW, the Knights of Columbus and is a prior county commissioner. 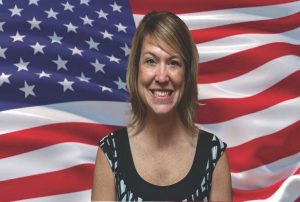 Tracy Blamer is a boomerang resident of Oceana County who joined the armed forces directly after graduating from Hesperia High School. While in the military, Tracy was deployed twice during Operation Iraqi Freedom serving onboard the USS Harry S Truman (CVN-75) in the Supply Corps. Having found her passion for Supply Chain early on, Tracy went on to work in the defense industry across the country for over a decade after her honorable discharge from the Navy before returning to Oceana County in 2016.

Board of Commissioners Meeting